I am such a bad blogger lately, I keep meaning to blog about how Jetta has been SO good lately. I don't know what has happened, but it's just like I never stopped riding her (much less for an entire year). We have had good ride, after good ride, after good ride. Today just made me so happy because we ran through all the movements in First Level Test 3 and she did them so well. It made me sit back and think of how much I love this horse and the fact that I trained this horse! I know it might not seem like much, to be doing First Level movements, but she has never had a trainer sit on her and has only had a rider other than me a handful of times.

Also, let's talk about how tough First Level Test 3 is! I hadn't looked at it this year, but I was thinking of entering a show to do First-2 and 3. Holy smokes there's all sorts of new stuff that I don't remember being in first level, but that's probably because I haven't done it in a while:
Jetta did it all very well. The 10 meter circle is not an issue at all. The leg yield is a little tough because we have issues getting enough angle to our yield without getting her overbent. The turn and halt at X isn't an issue. The canter loops we've been practicing a long while, though we've never shown it. She does have a tendency to get rushy in the second half but she pulled off a couple perfect ones today, so I was happy. And change of lead through the trot is a little hit or miss. If I get her in a nice fluffy, uphill canter we can have a nice transition, though she still really wants to rush into the trot and if I half halt she protests. And a couple times today she picked up the wrong lead, but I think it's because I'm leaning forward and trying to "help" which really isn't all that helpful. Go figure.

Anyways, it feels completely doable. And I'm just really excited to be riding her again. She knows all of these things and has just been completely on point. Everything I asked her to do, she politely complied - shoulder-in and haunches-in to warm up, transitions within her gaits, etc. Not to mention we did it in the distracting and uneven footing of the outdoor arena!

I really want to start working towards second level because I know it'll be totally doable for her, but it's a little intimidating having never done it before. For Second Level Test 1, not only do we need a collected and medium trot and canter, but also simple changes (lots of them), counter canter, shoulder-in, rein back and 10 meter canter circles. While I know Jetta can do a very nice walk-canter transition, and we've worked a lot on canter-walk transitions, the downward ones still need a lot of cleaning up. Especially since you have to do like 5 of those transitions. Geez. Shoulder-in is fine, rein back is fine, 10 meter canter circle is fine, rein back is fine. She gets a little tense about counter cantering because she thinks it's "wrong" but I'm sure she'll figure it out fast enough. Really, it's the medium gaits that concern me. Jetta has a terrible lengthened trot that we haven't done much work with because she starts to anticipate it, not to mention that we've never even attempted a medium trot. And we'll need to school the transition between medium and collected canter A LOT because she just thinks the medium canter is way too much fun and why would you ever want to collect after that?

Then in Second-2 we need to add in travers and turn on the haunches... I don't think I've ever asked her to do a travers or renvers which is a huge hole that I should not have let happen. Turn on the haunches will be fine. There's also a lot more counter canter, but less simple changes, so that's good I think?

I'm hoping we'll be able to take a couple lessons before school starts so we can get some help ironing out things and make sure we're actually schooling these things correctly. But I'm excited!

The extra exciting part is that we're going to a show tomorrow, so I really hope it goes well! It has been so long since I've shown Jetta. Fingers crossed that it's a good re-introduction for her. We're only doing First 1 and 2, so it should be fairly straight forward. 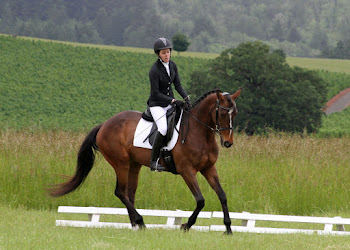 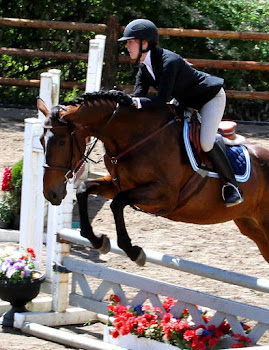 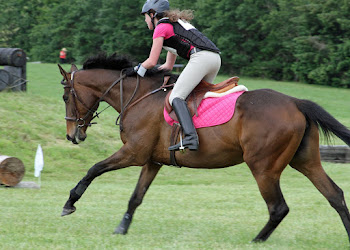